Taking Down The Show Tonight 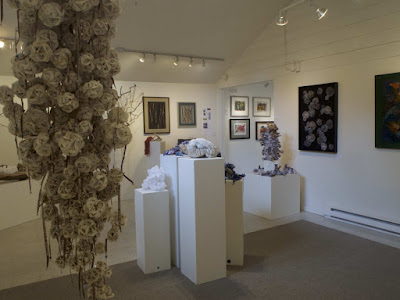 The Salt Spring Gallery was excited to show Memory Hive again and it stimulated many an interesting conversation, not just about memory but many ageing related topics, general biology, art and science matters. 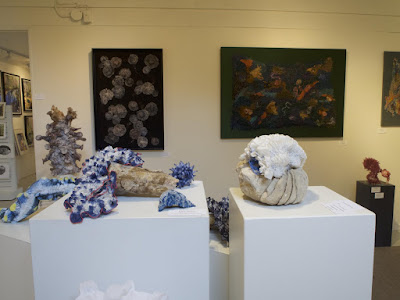 Some of the pieces that I showed were older but there were an equal number of new creatures (30 pieces in total, like the little snail and the spiky bangle-shaped creature mid shot above. 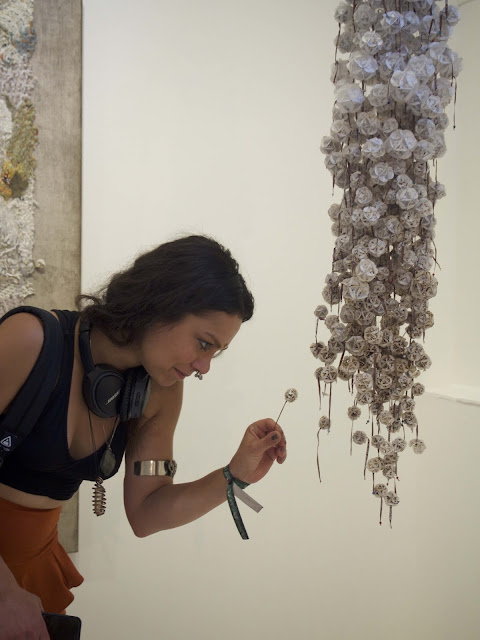 This delightful young woman was a breath of fresh air - I hope to work with her on another project shortly. 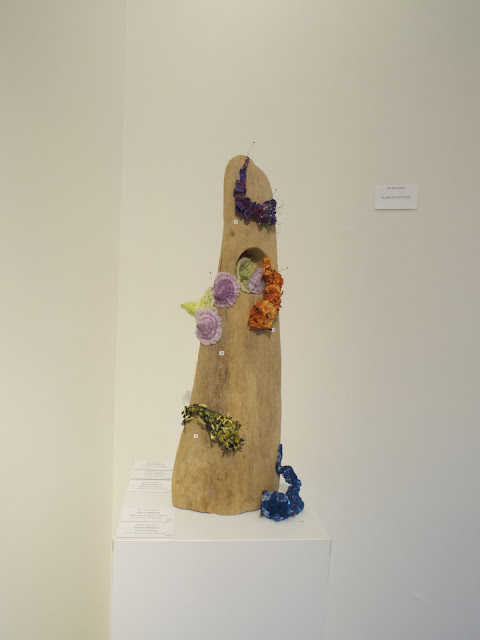 Ilse's daughter donated this piece of driftwood on which my miniatures were displayed. 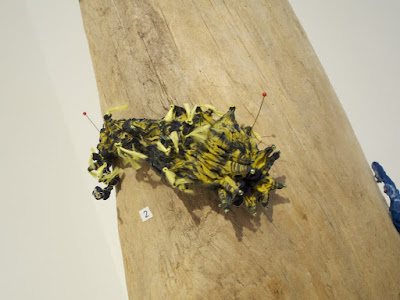 This one named for Joan Radven - Vesparum Perterget radvenii, from the Latin meaning Raven's wasp with brushes (or eyelashes.... reminds me of you Joan)...
I think the show was successful Ilse and I both sold works.  And tonight I hope to get a photo of Ilse and me at the show and find out how many footfalls we attracted.
Thanks to everyone who supported us in this venture, especially Ilse for inviting me to join her in the space.