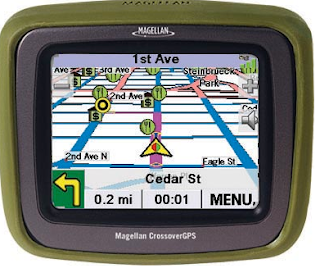 The funny thing was that Arlee wasn't with me.  I swear we would have had wet patches somewhere after my struggle to find the venue.   I used Madame Gee-Pee Ess (she the electronic visionary of all things  road).... I can't remember what her original name was ... but she has helped me many a time in Calgary, this gridded city of Cookie Cutter Avenue, Ridge, Road, Street, Boulevard, Crescent.... the list is mind-numbingly dull...

But last night she did her worst.  The thing was that I was trying to find %%%* 10th Street SW which the machine and Google Maps told me was South of the River and on 10th St between 6th and 7th Avenue.  All good and conforming to what my expat-in-new-location, settling-in process, had taught me, down to which side of the street it was on.
*I keep the actual number hidden so as to protect its owner's identity.
I spent 3/4 hour walking up and down trying to find the right tower block.  Panic was setting in. I rang Contextural for clarification only no-one was taking calls;  till much later.  Meantime I asked Calgarians who weren't as well up on street layout as me - the expat, to no avail.  All the time Mdm G.P.S. is yelling at me that I am approaching the desired location... how wrong she was.  But how clever too***  for she must have know something that, as yet, I did not.
So eventually I decided that the organisers must have meant NW not SW.  So off I go with Madame Gee Pee Ess helping out - to %%% 10th Street NW... which does exist but isn't a tower block.  I decided that I had seen enough of Kensington and asked G.P. to take me home.  That's when Contextural rang to say ***there was a typo on the invite and I had been searching for the wrong address by a factor of 80.  By now I must have been nearly an hour late.  But, encouraged, I pushed back to 10th Street SW.  Why? Because I have determination in my nature... I located the tower block and after moving up several levels, and I don't mean of the tower block, I mean of the computer game, that I now felt I was part of... I arrived at the meeting.  With hindsight it was well worth the effort.
We saw photos from the ACAD grad show, Actual pieces from the show, wonderful work ready for development at the ACAD summer residence and a lovely piece worked from banner material.... I can't say more as I don't know how widely the artists want me to publicise their work.
Me I took two worms that aren't terribly novel.  Novel as worms, not novel as scarves, except one does have spikes on and wouldn't 'work' as a scarf.  The exciting thing about them does make people "oooooh and aaaaaah" (too much Les Mis. recently).  But more on that another day.  Sufice it to say that the worms were welcomed and they intrigued no one more that our hostess's delicous cat, who couldn't seem to get enough of them.
Members of Contextural were extremely encouraging of what I want to do during the Residency and so I will push on.  Also I must go and see the ACAD show and look in at the bookshop which sounds like an Aladdins cave of supplies.  Why have I never visit it?  Could it be that I had the wrong address.
at 9:03 AM

Ahh, the Diva--i don't understand why you still trust her :} Wish i could have gone, as it sounds like it was quite inspiring, but as i said, " was Snot to be" lol